I dropped my two youngest children off at school this morning, and cried all the way home. My heart aches because I feel like I have failed them. They are back into being thrown into the group, made to conform to what everyone else is doing. I failed at giving them their chance to grow at their speed, and discover at their pace, fast or slow.

When we made the decision to homeschool, I did so much research. I thought I had it all ready to go. My 5th grade son was testing at mid-year 6th grade math, and that’s where we started. My 1st grade daughter was at 2nd grade reading level, and 2nd grade math level, so we started there with her as well. Now, I drop them off today, and my son’s teacher says he will have to be tested to see what math level he belongs in, so for now he will be in general math. Not challenged. Sigh. I screwed up, and now he will not be challenged in math until he takes said test. 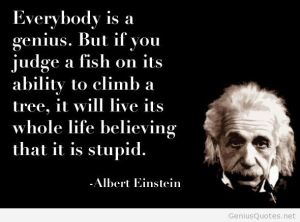 I believed in what  was doing for them. I believed in it so much, that I quit my good paying full time job so that I could be home more with them to teach. I settled for a part time, lower paying job, but it was ok, because I was standing up for what I believed to be right. But, as the saying goes, “A house divided cannot stand.”

I was doing all of the lesson planning and teaching. I was drilled everyday about “what are the kids actually learning”, and “how can you teach them everything in 4 hours.” Then it started getting down to my income I was bringing in. It isn’t enough, but I cannot work anymore hours than I do, or the kids’ education will suffer. How can the person who supported this whole change for our family with me, now be against me? I cannot tolerate arguments in front of my children, especially when it came to their schooling. I never want them to think it was their fault we argued.

Then came the day I had enough. I was tired of the insults, the harsh voice, the demeaning tone in which I was talked to. I backed down. I caved in. I enrolled them back in school, and cried because I deserted what I believed in. All because of one “bully.” Weakness comes to mind when I type that last sentence. Can you imagine what the world would be like if nobody stood up for what they believed in? If, at the first sign of resistance, people would back down, and not fight for change?

Please do not think that I have abandoned this notion. I know my children, and I know what goes on in schools these days. I volunteered in class last year, and all it is in the day is testing. No lie. 85% of the day. But I digress. I will revisit this belief of mine at a later time. When I am more prepared than I already was, and when my sense of strength against oppression improves. For now, my children will survive school this year, and I am on the hunt for a better paying job.

Read My Past Posts

There’s no rhyme or reason to what I write. I write what I feel, write about what I see, and write about anything and everything. Writing is good for the soul. ~asewalson

Posts By The Month!

TV, movies, books…rants… just trying to put skills to use.

Learn to make your own luck.

simplicity in food and travel

A blog full of tips, inspiration and freebies!

Thoughts on life... by Donald B. Wilson

get outdoors; find inspiration; discover yourself

Inspirational Quotes To Motivate Your Life

Writing it out, one blog at a time.

Philosophy is all about being curious, asking basic questions. And it can be fun!

A trip through life with fingers crossed and eternal optimism.

As Our Parents Age

Timely Topics on Aging for Adult Children & Everyone Else

Welcome to the adventure, from the fun to the mundane and all that's in-between

When in doubt, sit down and write.

reading and writing the Rust Belt with Rebecca Moon Ruark

Life, love and alienation along the way...

Snippets of a Traveling Mind

Bringing the best of artful design to worthwhile online content.

My life as a poet/daydreamer/INFP Free Spirit

Pen to paper
The Art of Blogging

A Site For Short-Stories

Breaking news and thoughtless commentary on the world.

Understanding ourselves and the world we live in.